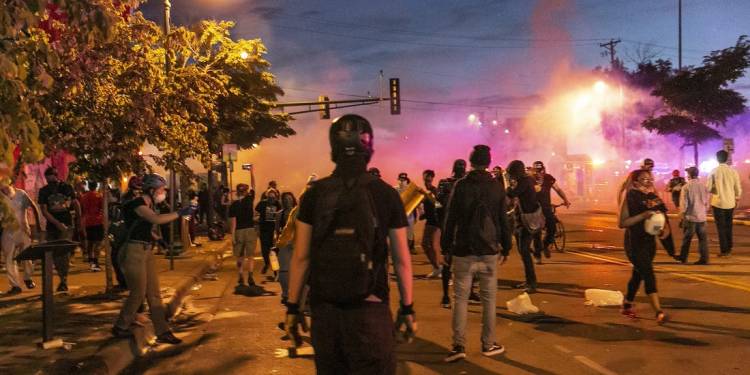 As a Christian, I am committed to carrying Jesus’ ministry of justice for all people and to seek liberty for the oppressed (Luke 4:18). As a white Christian in America, this specifically means taking responsibility for:

Since the roots of this systemic problem run incredibly deep with layers of overlapping injustice, the modes of dismantling the problems are difficult and oftentimes hidden. It will take endurance and forceful confrontation to uproot them. Likewise, the roots of this systemic problem are personal (i.e. I am a part of the racialized society), which requires a sustained posture of difficult self-reflection and forceful self-confrontation to dig the roots out of ourselves.

As a white person, I recognize that there is a pressure under which the black community must live but that I will never experience (and have the privilege to ignore if I choose to do so).  The pressure exists merely because they live and breathe and move in America.

As white people, we must all recognize that every person of color in America bears the weight of this (ever increasing) pressure placed upon them simply because of their existence in our society. Any rational person should feel some level of righteous rage when watching the video of the murder of George Floyd.  But, when you live under the pressure that people of color endure all day, every day, in America, something deeper takes place that any rational community would feel: THE NEED TO SPEAK UP.

But, as soon as someone does speak up, those in the majority dictate the voice by encouraging it to be done “peacefully.”  That seems good, right?

But “peaceful” really means suppressing the voice into a medium where it cannot be heard or where it cannot inconvenience the white norms of the culture. The response is “You can speak up, but don’t take a knee! You can speak out, but don’t wear that shirt, don’t use that hashtag, don’t use social media, don’t use those words…” All of the fury of the righteous anger is compressed into a tiny, thin, voiceless box, a whisper unable to liberate anyone. As a result, adding the righteous rage that any rational community would feel in this situation with no way to be heard, more pressure is created!

As I watch the actions of an uprising in Minnesota, which are a direct result of the murder of George Floyd (and Breonna Taylor and Ahmaud Arbery, and Botham Jean, and Eric Garner, and all the way back to Emmett Till), I get it. The pressure was building for a long time, and the voice was unable to speak out so, yes, I can fully understand how the rational conclusion was an explosion.

If you have benefited from the Revolutionary War, the Boston Tea Party, and every other uprising that took place towards the benefit of founding this nation, you should get it too.

Civil unrest (including acts of violence and war) have been socially sanctioned instruments to secure “the good” throughout our history once a line is crossed. For those under the oppression of our racialized American culture, this line had been crossed a long time ago ,and it keeps happening over and over again. If you don’t get it, perhaps you need to recognize that you are not under the pressure (and you can’t understand the urgency or level of force deemed necessary for change to occur) or, perhaps, you are on the wrong side of the uprising.

This excerpt from MLK’s speech “The Other America” summarizes my own thoughts on this tension adequately and engages our moment perfectly:

“Let me say as I’ve always said, and I will always continue to say, that riots are socially destructive and self-defeating. I’m still convinced that nonviolence is the most potent weapon available to oppressed people in their struggle for freedom and justice. I feel that violence will only create more social problems than they will solve. That in a real sense it is impracticable for the Negro to even think of mounting a violent revolution in the United States. So I will continue to condemn riots, and continue to say to my brothers and sisters that this is not the way. And continue to affirm that there is another way.

But at the same time, it is as necessary for me to be as vigorous in condemning the conditions which cause persons to feel that they must engage in riotous activities as it is for me to condemn riots. I think America must see that riots do not develop out of thin air. Certain conditions continue to exist in our society which must be condemned as vigorously as we condemn riots. But in the final analysis, a riot is the language of the unheard. And what is it that America has failed to hear? It has failed to hear that the plight of the Negro poor has worsened over the last few years. It has failed to hear that the promises of freedom and justice have not been met. And it has failed to hear that large segments of white society are more concerned about tranquility and the status quo than about justice, equality, and humanity. And so in a real sense our nation’s summers of riots are caused by our nation’s winters of delay. And as long as America postpones justice, we stand in the position of having these recurrences of violence and riots over and over again. Social justice and progress are the absolute guarantors of riot prevention.” L.B.E. Cowman has been a friend of mine for about 7 years. Though I have never met her in person, the devotional she published in 1950, called Streams in the Desert, was delivered to me in a dusty box full of books. I don’t know who donated the box to our church but I am thankful for the Lords provision through it.

Cowman (who published the book as “Mrs Charles E Cowman” – her husbands name) served God overseas and served God as she cared for her ill husband. The difficulty of this wilderness moment – and the pain she felt – turned into a wealth of wisdom which she recorded and shared through these writings.

She is caring at times and curt at others…like a grandmother who has seen more years, seasons, and trials than you and simultaneously knows how to love you and challenge you push harder when you didn’t think you would have it in you! 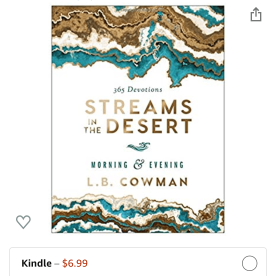 Some of the illustrations are outdated and modern sensitivities uncultivated the substance of her content translates across anyone who has walked through the wilderness of despair, loss, disorientation, and long-suffering. It has been relevant to me in the last few years and continues to be relevant through this pandemic today. I can’t tell you how many times I’ve tasted from the streams she has provided and was refreshed or re-energized to keep moving.

On numerous occasions Cowman indicated that she did not write the book stating “God gave it to me” and I believe her. If you are looking for a companion of wisdom who will point you toward the scriptures and God in a loving and firm way during the Covid-19 Pandemic, check it out…and may the streams refresh you as well!

Let’s use the book of Psalm to lament and then to move us into a healthy response of healing!