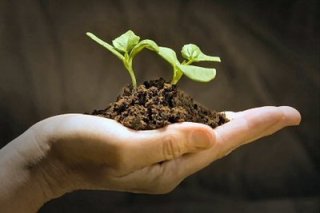 Mike Breen [of 3DM] once said, “meeting once a week to talk about God over coffee isn’t discipleship. It’s a good thing to do but it’s not discipleship.”

The more I think through this, the more I believe there is power in simply “living life with people” and leading them to live like Jesus. It’s a popular phrase in the American christian culture right now but I think most of us would rather distantly impart knowledge to others rather than live in their world and walk with them. If I were honest, I know I would prefer the exchange.

I have been challenged by some pastors that have outfitted their basements for interns so that they get to be in community with their family and life for a season [usually 5-24 months]. Even though they get lots of teaching, they usually say that getting to be a part of their family was the most impactful part.

It would be much easier to just hold classes [and you could probably turn out more products] but is it discipleship?  We could scatter lots of seed on top of the soil but would it be more beneficial to take just a few seeds, plant them INTO the soil, water, and cultivate a lasting relationship.  It may not sound as impressive on a resume but it sounds a bit more like what Jesus.